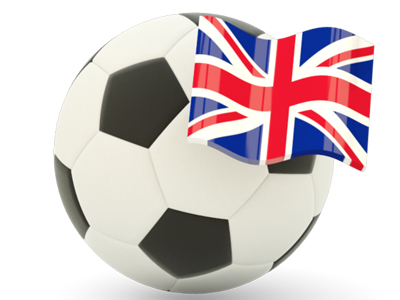 Sports play an important part in the life in Britain and is a popular leisure activity.

Many of the world's famous sports began in Britain, including cricket, football, lawn tennis, golf and rugby.

England's national sport is cricket although to many people football (soccer) is seen as our national sport. Football is our most popular sport. Some of England's football teams are world famous, the most famous being Manchester United, Arsenal and Liverpool.

The rules of cricket became the responsibility, in the 18th century, of the Marylebone Cricket Club(MCC), based at Lord’s cricket ground in north London.

How to play Cricket.

Teams are made up of 11 players each. They play with a ball slightly smaller than a baseball and a bat shaped like a paddle. Two batters stand in front of wickets, set about 20 metres apart. Each wicket consists of three wooden rods (stumps) pushed into the ground, with two small pieces of wood (bails) balanced on top. A member of the opposing team (the bowler) throws the ball towards one of the batters, who must hit the ball so that it does not knock a bail off the wicket. If the ball travels far enough, the two batters run back and forth between the wickets while the fielders on the opposing team try to catch the ball. The game is scored according to the number of runs, which is the number of times the batters exchange places.

Football is undoubtedly the most popular sport in England, and has been played for hundreds of years.

In the English Football League there are 92 professional clubs. These are semi-professional, so most players have other full-time jobs. Hundreds of thousands of people also play football in parks and playgrounds just for fun.

The highlight of the English football year is the FA (Football Association) Cup Final each May.

Rugby originated from Rugby school in Warwickshire. It is similar to football, but played with an oval ball. Players can carry the ball and tackle each other. The best rugby teams compete in the Super League final each September.

For many years Rugby was only played by the rich upper classes, but now it is popular all over the country. There are two different types of rugby - Rugby League, played mainly in the north of England, and Rugby Union, played in the rest of England, Scotland, Wales and Ireland. England, Scotland, Wales and Ireland, together with France and Italy, play in an annual tournament called the Six Nations.

Horseracing, the sport of Kings is a very popular sport with meetings being held every day throughout the year. The Derby originated here, as did The Grand National which is the hardest horse race in the world.

Horse racing and greyhound racing are popular spectator sports. People can place bets on the races at legal off-track betting shops. Some of the best-known horse races are held at Ascot, Newmarket, Goodwood and Epsom.

Ascot, a small town in the south of England, becomes the centre of horse-racing world for one week in June. It's called Royal Ascot because the Queen always goes to Ascot. She has a lot of racehorses and likes to watch racing.

Another equestrian sport is polo, brought to Britain from India in the 19th Century by army officers.

The fastest ball sport in the world, it is played with four men on horses to a team. A ball is hit with a stick towards the goal, one at each end of a 300 yard long by 160 yard wide field. A game consists of 4 to 6 periods called chukkas, a chukka is 7 minutes long. Teams change ends each time a goal is scored. It can be played by men and women of any standard. The handicap system goes from -2 at the bottom to the very best at 10. In handicap tournaments the number of goals start is obtained by multiplying the difference between the two teams' total handicaps by the number of chukkas to be played and then dividing by 6. There are usually two umpires on ponies on the field, and a third man, the referee, on the side line.

Arena Polo is played during the winter, three aside and in an arena 300 feet by 150 feet.

In the nineteenth century, students at Oxford and Cambridge, Britain's two oldest universities, were huge fans of rowing. In 1829, the two schools agreed to hold a race against each other for the first time on the Thames River. The Oxford boat won and a tradition was born. Today, the University Boat Race is held every spring in either late March or early April.

Darts is a very popular pub game. The game of darts, as it is today, was invented in the north of England in a town called Grimsby. However, the origins of the game date back to at least the Middle Ages.